From Thursday February 28 to Sunday March 3, a team from Antioch & Williams were working in Aurora, NC repairing homes damaged as a result of Hurricane Irene, which came ashore August, 2011.

School supplies were dontated by many, representing numerous area churches. On Friday August 5th the supplies were sorted to prepare for distribution. 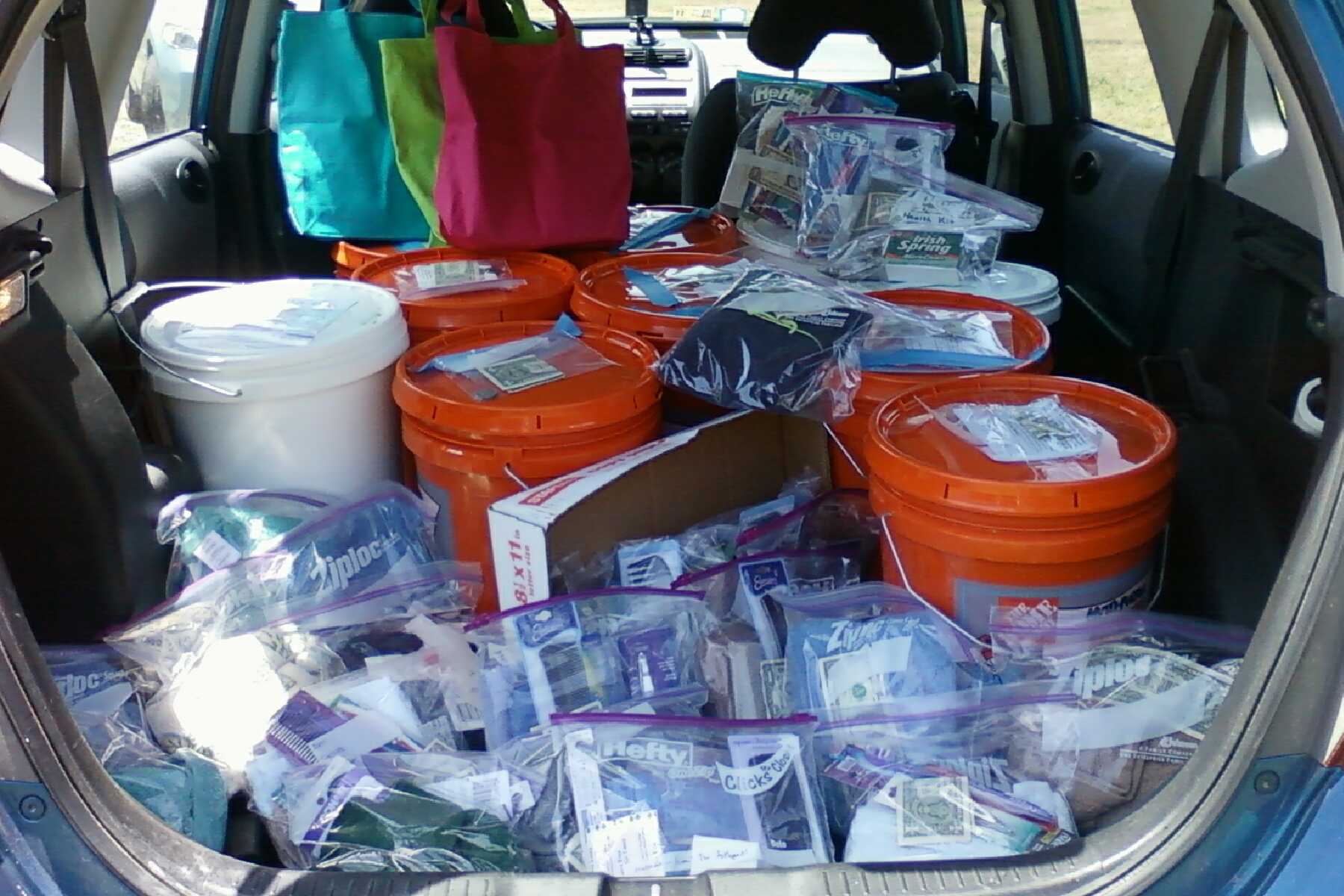 On June 12, 2011, Antioch and Williams Churches collected the following kits to be brought to Annual Conference as donations for the United Methodist Committee on Relief: 10 cleaning buckets, 3 school kits, and 23 health kits. The combined total of these kits were valued at approximately $900. We are excited to see extravagant generosity at work in our community!

April 2011 - 1) Relay for Life offering (and encouragement to be involved in what God is doing in our community). Leah Franklin and her son Jay spoke about Jay's experience with cancer. He is a cancer survivor. We took up a collection for the Lunenburg Relay for Life which will take place in May and 2) Community workday for Audrey

March 2011 - 1) an offering to UMCOR for Japan relief, 2) establishing our church as a safe place for victims of domestic violence, and 3) an offering for Madeline's House

February 2011 - We collected school supplies that were distributed to Kenbridge Elementary School. The second semester is a time when students supplies have diminished so they were greatly appreciated by all.

January 2011 - Food Bank- We collected non-perishable food and took it to the Kenbridge food bank to be given to needy people. Our contact person is Edwina Gill at Kenbridge Methodist church.

The Outreach Committee at Antioch Sponsored a Workday at the Shepards Inn.

The Outreach Committee at Antioch would like to invite you to join in a new project for this gardening season: we are growing a community garden next to Antioch! This garden will be our way of blessing the community. It will be open for anyone who wants to pick fresh produce, free of charge. The garden has been planted, bu we still need help to ensure that it grows and flourishes. For more information contact Brenda Barnes at 676-3630.

(left to right) Wayne Hendricks, Betsey Hendricks, Joy Book, and Brenda Barnes plant seeds in the Antioch Community Garden.
Special thanks as well to David Arthur and Haynie Hite for their help getting our garden in the ground!

Brenda Barnes and Joy Daigle Book join with the Southside Gleaning Network to gather 688 pounds of turnips for the hungry on October 30, 2009.
These turnips were then distributed in Lunenburg and other surrounding counties.